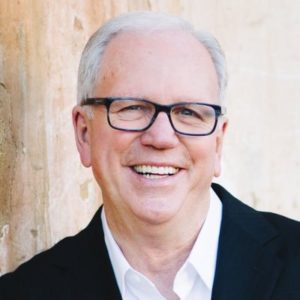 Larry Titus has been in full time ministry for 55 years. In 2001, he completed 34 years of  influential innovative pastoral ministry in the states of Washington, Texas, Pennsylvania and  Ohio, to devote himself to the mission of Kingdom Global Ministries, an organization he founded  in 1992.

For decades Larry Titus has trained thousands of men and women to be effective in every facet  of their lives, marriages, and ministries. Larry has equipped leaders that span dozens of nations.  His commitment to global missions has also resulted in thousands of churches, schools,  orphanages, and Bible schools being established and sustained on every continent.

Larry is the author of The Teleios Man—Your ultimate identity, a complete curriculum for men's  ministry that provides discipleship in 12 areas of a man's life. Larry and Devi coauthored the  book When Leaders Live Together—How two strong personalities can thrive in marriage.

Larry speaks in multi-denominational and ethnic environments of churches, conferences, and  men’s retreats. He is founder of two major gatherings: The Teleios Men's Summit, a relational  gathering of men to edify them with biblical truth and testimonies in an atmosphere of intense  worship, and the biannual KGM World Connect, which brings global leaders and kingdom minded individuals together for the purpose of networking and resourcing their visions.  Larry and Devi Titus have been married 54 years. The Tituses and Poundstone have been in  relationship for more than 10 years. Larry has spoken at our church, and commissioned John  as Senior Leader, September 23rd of 2018.