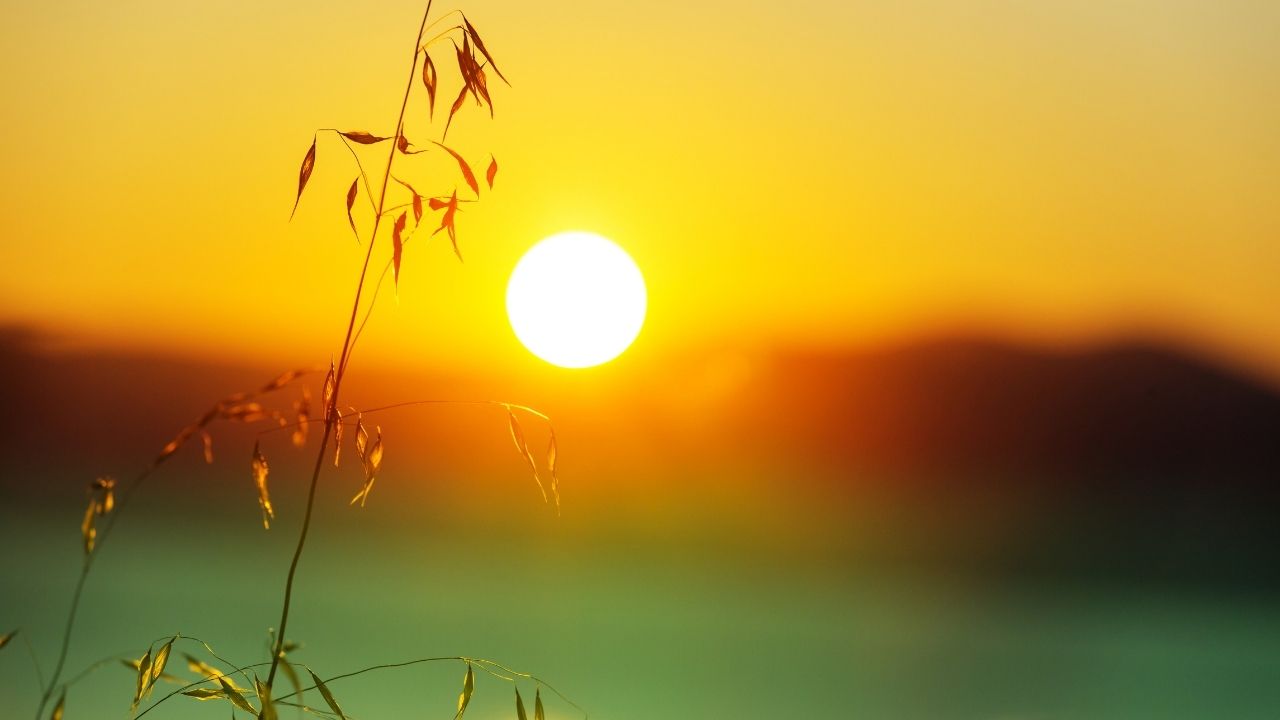 I don’t need to invest our time in telling you we live in a time that is incredibly challenging and difficult for us, those we know and the world around us. It is not an accident that we also live in a time of the way-more of God: Miracles, signs, wonders, restoration, reconciliation and so much more…in short, REVIVAL!

Second only to the family, the local church is the greatest hope for our nation, region, area and communities. We invested time last week factually describing how in so many ways the church is weak and missing its call… by being of the world and not in it, instead of the other way around.

God’s heart still burns and yearns for His church. He’s calling His church to come back to Him and His call. That’s us. And likeminded others. I said last week there are two key, fundamental, paramount parts. We covered Part 1. Today, we’ll get Part 2.

So what was Part 1 last Sunday (8/22/2021)?  Come out.  Reject Mars, Mammon, us vs. them mentalities, politics, war and the world systems.  Be sheep.  Sheople.  And upgrade. Go deeper. Commit more to the Lordship of Christ. We played a video then did a deep altar call.

Seek audience testimonies…Several people said, “Yes”! to that altar call. What has happened since? What did you notice over the last week?

Step 2?  How do we be in the world and not of it, loving people, discipling people, seeking and saving what has been lost, destroying the works of the enemy, being light that the darkness shall not overcome, as a part of the worldwide church against whom the gates of hell shall not prevail, a holy nation, kings, queens and priests who carry righteousness, peace, joy, Kingdom authority and God-power?  Here’s Part 2.  Be branches.  Take Jesus literally.

8 By this my Father is glorified, that you bear much fruit and so prove to be my disciples. 9 As the Father has loved me, so have I loved you. Abide in my love.

Jesus goes on to describe what happens to the disconnected branch.  Role play branch trying to bear fruit on my own, grunting, trying, etc.

If you study Jesus’s words in the parable of the weeds (wheat and the tares), you’ll find a very similar message.

What eventually happens with fruit of the vine?  Harvested, processed, aged into new wine that requires a new wineskin.  God forms that wineskin too.  We merely need let Him.  Not a comfortable, safe process.  Joy! Church is a new-wine church.

Discuss deep theology of branches. Jesus was prophesied as the branch by no less than 3 bible prophets: Jeremiah, Isaiah and Zechariah. They put  a capital “B” on the word! Download handout from JC Fam FB page. DEEPLY powerful… Jesus fulfilled every of these prophecies, and IS the full-fill of them!

Jesus only ever said what He heard His Father saying, only ever did what He heard His Father doing.  We tend to look at that, at Him, as pious Jesus.  Holy Jesus.  And, of course, after all he’s God.  And He was.  However, let’s see it from another, wholly different angle.  He laid down His privilege.  He walked from day one as fully man.  He had no power till baptism.  Furthermore, He was charged with the task of living a perfect and sinless life 24 / 7 / 365 – every minute of every day.

For me, stringing 2 hours together back to back without sinning is a challenge, to say the least. How about you? Jesus knew He was charged with being and staying sinless for 292,000 hours, back to back.  On top of that, He was charged with fulfilling dozens, if not hundreds, of prophecies, and more.  Again, He laid down all His privileges (Philippians 2).

AND He was just like you and me physically, mentally, emotionally, socially and more (Heb 2).  How in the world was He supposed to accomplish all this?  But wait a minute.  What about the culture and society He lived in?  How was He supposed to live, move and have His being in the face of what the government was doing?  Tiberius, the emperor in Rome, Herod, the King of Judaea, Pilate, the regional governor, their overwhelming number of soldiers and spies, all had one aim:  Utterly dominate every aspect of culture, of people’s lives.  Pursue the interests of the empire.  Pharaoh all over again.  Babylon all over again.

And they were incredibly successful at it.  And Jesus couldn’t rely on the church.  The church, being God’s chosen people, were supposed to be the called-out ones.  The ones living by Jehovah’s laws and precepts, guided by the teachings of the rabbis and scribes.  They were called to NOT live according to the systems of the empire but, instead, their holy scriptures.  Their separate high councils, called the Pharisees, the Sadducees and the Essenes, were to be their spiritual overseers, wise counsel, and holy guides.  Except they turned into denominations, split over doctrine.  And what about the head honcho – you know, the dude.  The man, the man duly appointed as High Priest, who was to be the one overseeing all this?

Well his name was Joseph Caiaphas, publicly known as Caiaphas.  Caiaphas the High Priest.  Caiaphas and his close circle who, more than any other single leader, carried the responsibility of knowing scripture, and that this Nazarene named Jesus was showing signs right and left of being the One… the Messiah… the anointed One… to be the Promise.  And yet, what do we find Caiaphas doing?  He is who actually organized and directed the plot to kill Jesus.

Caiaphas was a successful enough manipulator to have Jesus end up in a mockery of a trial in a kangaroo court.  Even though Caiaphas was the church and spiritual authority, he manipulated things such that the trial was before… the Roman authority – Pontius Pilate, who then escalated things to Herod, who kicked the case back down to Pilate?  How in the world did Caiaphas and the church become so deluded, so deceived, so corrupt, so off course?

They wandered off course.  They got off into the weeds / tares.  They engaged with the world systems.  They did the opposite of what they were supposed to.  They became of the world systems.  They became the weeds / tares.  Who even made Caiaphas high priest?  Maybe that’s where the buck stops.  Maybe we should blame that guy.  Pontius Pilate was the 5th prefect of that region.  Caiaphas was high priest when Pilate took office.  The 4th prefect, Pilate’s predecessor, was a dude named Valerius Gratus.  Valerius Gratus is who appointed Caiaphas.  Wait… John, you’re telling me that the government, the world systems and the church were so enmeshed that we had some government officials appointing heads of the church?  YEP!

Jesus, every one of the disciples and, later, the Apostle Paul understood this unholy mess well.  That is why they all say so strenuously, come out!  You are a holy nation.  Kings/priests.  Be in the world but not of it.  Here’s how the Apostle Paul put it… and this IS the proper context:  (Rom 12:1-2, ESV) 12 I appeal to you therefore, brothers, by the mercies of God, to present your bodies as a living sacrifice, holy and acceptable to God, which is your spiritual worship. 2 Do not be conformed to this world, but be transformed by the renewal of your mind, that by testing you may discern what is the will of God, what is good and acceptable and perfect.

Jesus fulfilled the role of the Branch.  So how did He do it?  He connected with the Father, the Vinedresser.  And He stayed connected. This is what He, our Great I AM,  is calling us to.  It is what I am calling you to.  Become the God expression He intended you to be.  Become…who…you…ARE.  A son, a daughter of the King.  A Kingdom kid.  Nothing in, of or by empire, the world systems, is the Way, the Truth, or the Life.  Jesus of Nazareth, Jesus the Christ IS the Way, Truth and the Life.  This is only just some of the context.  How’d He do it?  He heard / saw / had access to the Father.  Connection!  He did whatever it took to maintain His connection to the Father.  He literally maintained His branch-ness.

A branch has only one job.  Stay connected.  A branch has no agenda of its own; is not asked or required to anything of its own strength.  Connected to the vine, a branch bears leaves and fruit.  And the fruit’s purpose?  Bear seed and make it attractive, wrap it in beauty and flavor and nutrition.  Multiply.

As for being a branch:  You can be a little twig out on the end, far from the vine (trunk), secondarily connected to bigger and bigger branches (leaders, TV preachers, etc.).  That’s fine, except you’re much more susceptible to becoming broken, disconnected, and maybe even becoming kindling.  Life as a disciple instead? You’re wholeheartedly invited, encouraged and provided wonderful methods to move closer and closer and closer to the vine and, over time, to become a full, fat branch.

Close. Be ye not thermometers, for thou art thermostats.  You set the tone.  You change the atmosphere.  You shift the culture.

Altar call? Receive connection. Drink deeply from the vine. Launch as a branch. Stay connected. Disconnect from all other vines.

Benediction: May the eyes of your heart behold the Living Expression of God, who became a man and lives among us! May you gaze upon his glory, the glory of the One and Only who came from the Father overflowing with tender mercy and truth! May the ears of your heart catch the whisper of your King calling. May you sense the fragrance of Holy Spirit beckoning. May the Lord give you images, visions, dreams of what this could look like for you.

May the holy need God put inside you for connection, for a tribe, for belonging, validation, love, acceptance, forgiveness and new horizons be amplified beyond resistance. May your courage and your discernment grow and grow over time.

May you reach beyond your tradition and your comfort for the touchable, tangible God. May the beckoning of your Heavenly Father become so real, so strong, so lovely, so powerful you fully and completely cave into it.
May you, over the next many months, grow into a disciple who at all times carries joy unending, peace unshaking, authority unbendable and power unstoppable!